After a fortifying Premier Inn breakfast (you can’t be hungry when you’re caching!), we set off.

We arrived at the local church and left the car there along the roadside. As the service was in full swing, (with the sounds of lusty singing from the inside), we left the cache nearest the church and headed out along the path to our first cache.  The last log for this cache had a ‘did not find’ so we weren’t hopeful however I put my hand straight on it! It was hidden behind a concrete block. Easy when you know how (& where).

The next one was also an easy find, a micro attached to a road sign. 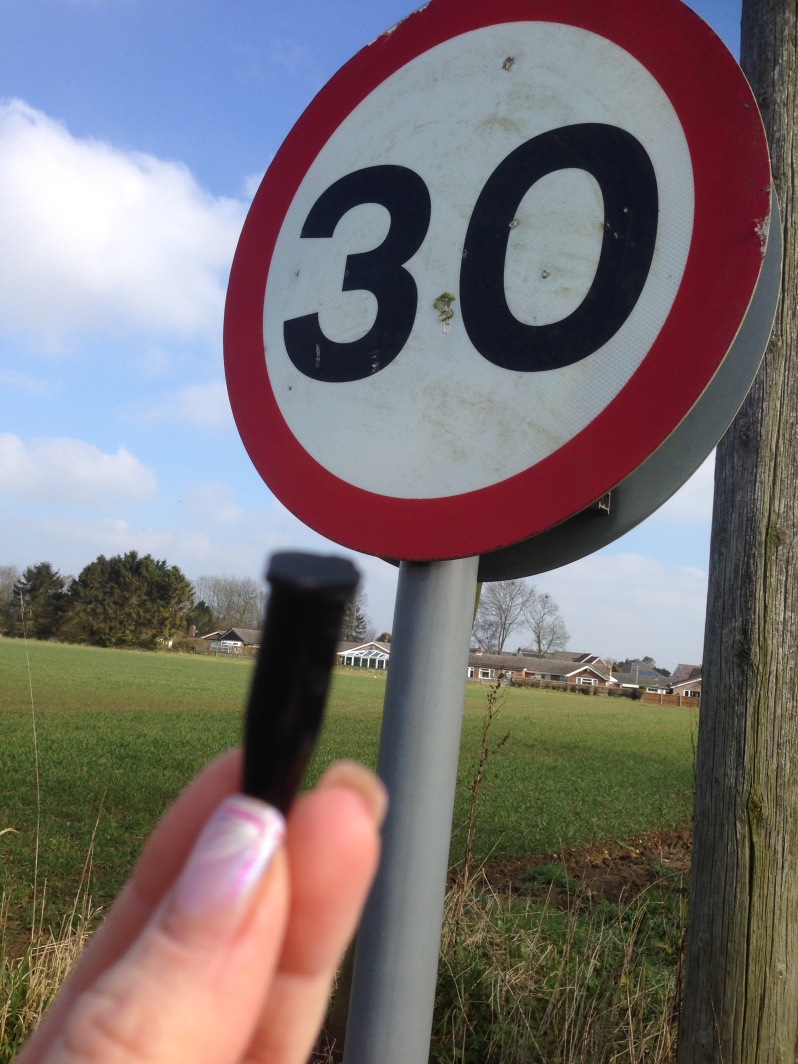 The third cache attempted was literally down a pipe, you had to use nearby sticks to raise it up. Not exactly a puzzle cache but close enough. Puzzle caches always seem an awful lot of work to me so I try to avoid them if I can! 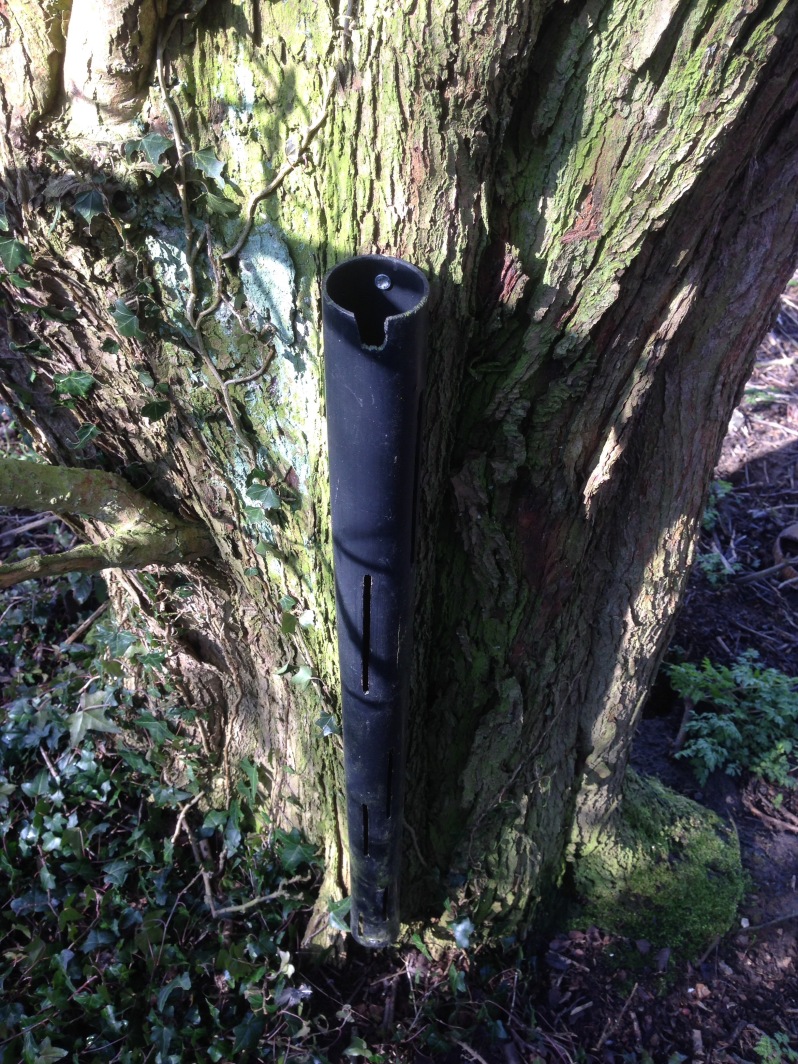 After a short walk, the forth cache was found hidden under some branches and was an obvious, easy find really. Similarly the fifth cache was also an easy find, it was small but perfectly formed. 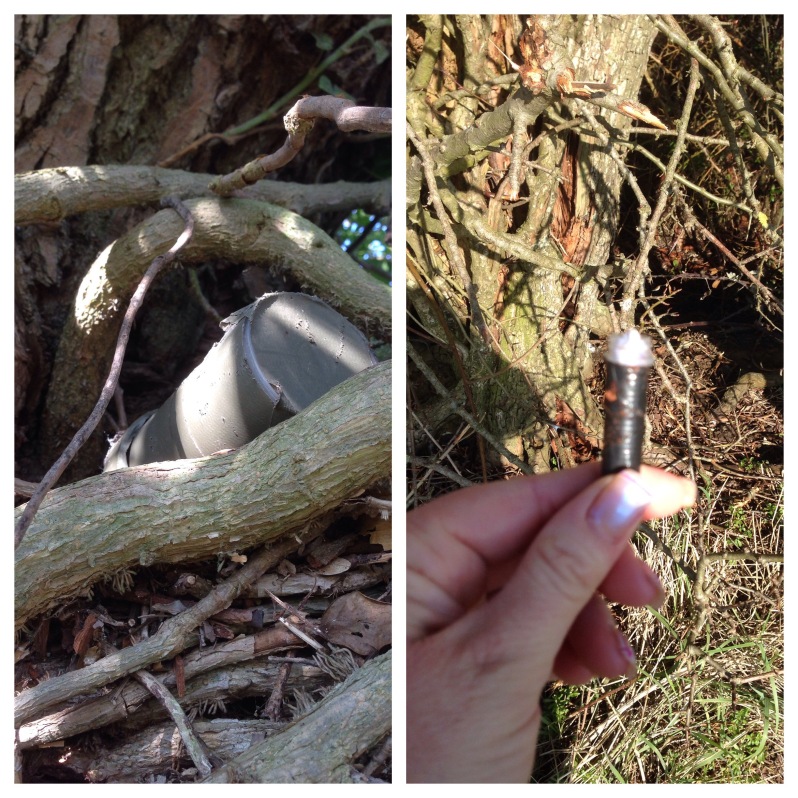 The next cache was to be found across a large farmers field which was very muddy and very ‘up hill’. It was honestly a hard slog! The clue was corner post but the only thing that looked like a cache was a toy bug but it had nothing attached! We searched and searched (avoiding a dog walker) but found nothing else – very disappointing!

‘The Man’ found the next two caches. One hanging in a tee and another in a lovely little area with some running water nearby, it was under a tree and was covered with a piece of bark.  This proved a good place to stop & have a coffee.

After this rest, we found the next one easily, as it was hanging in a tree. The man went up to get this one (he is taller than I am) and in this small wooded area we also discovered a skull (not human luckily!).

I discovered the next cache, which was a large pine cone in a tree. Luckily I had seen this type of cache and a similar clue before so I knew what I was looking for. It was much bigger than expected and very visible once you had the angle right.  We had to try and avoid the same, previous dog walker here so cue yet another cup of coffee and a rest – I didn’t complain. 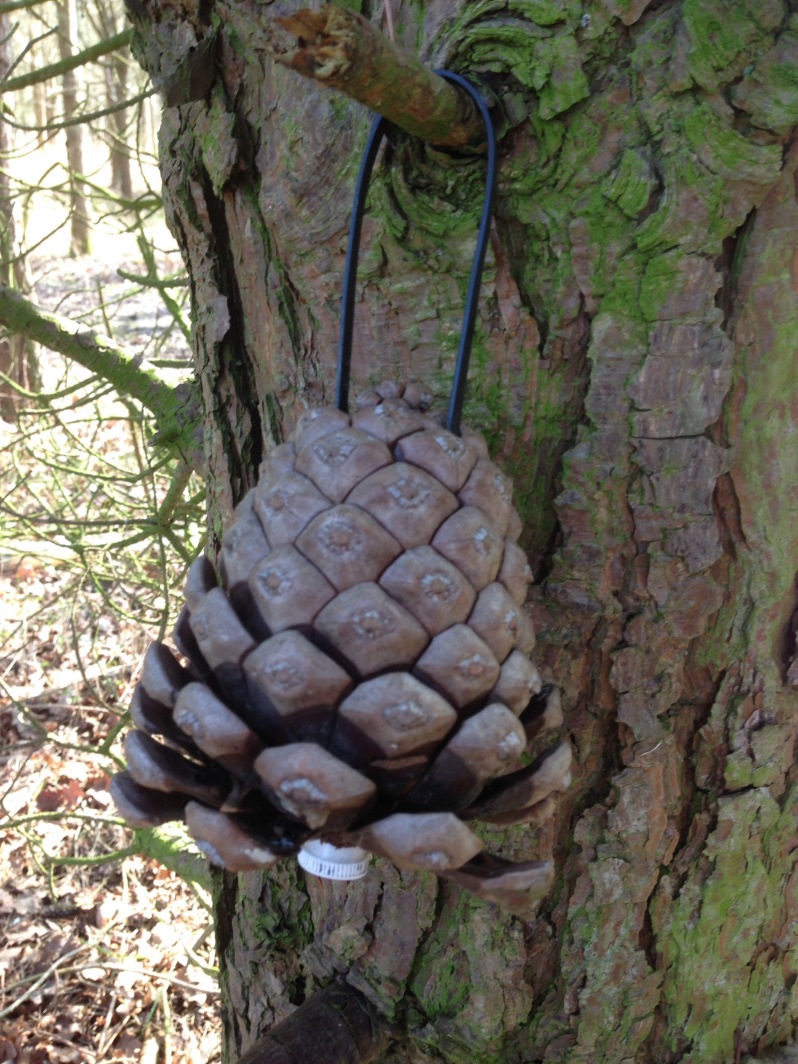 The the next cache we found was hidden again in the roots of a tree.  It was a quick and easy find but we couldn’t find the next one which was hidden in a tree outside of Claudia Schiffer’s House however I was more impressed that the house used to be owned by one of the gunpowder plotters! It really was a lovely house and grounds.

The next few caches took you right into the grounds of her house which seemed a bit odd. We looked for the next one near a bridge but didn’t find anything.  It felt really odd searching around in full view of the house so we moved on, although I do hate a ‘did not find’ on your records!

The next one was easier and was hidden week in a hole in a gatepost.  It was not visible at all, no muggle would spot it.

Along a wide lane was where the next cache was hidden, in an old log laying by the side of the path.  We continued along the lane until we came to the final cache we attempted. It was a cricket ball hidden in the roots of a tree. Howzat!