The circuit started alongside a very well established hedgerow which contained many fruiting plants which were providing much needed food for birds and other animals – there were sloes, cobnuts, hawthorn berries and these beautiful seed pods from the spindle trees which provided some much needed autumn colour. We spotted a blackcap here too, feasting on the berries.

After walking down a slightly flooded path, 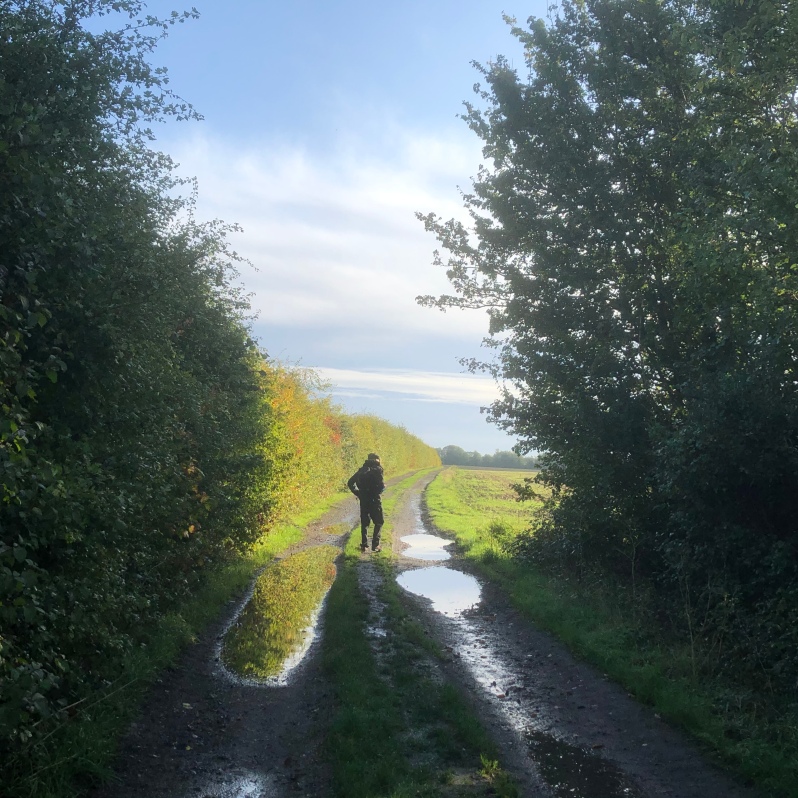 The walk continued past open fields which were beautifully lit in the autumn sun.

The caches came fairly thick and fast and were very varied.

After a quick ‘cup of drink’ on a ‘little bridge’ next to some spiky teasels, we found a puzzle cache that ‘The Man’ had solved previously (although it I’m honest we were on the wrong side of the stream initially) but we got there in the end. 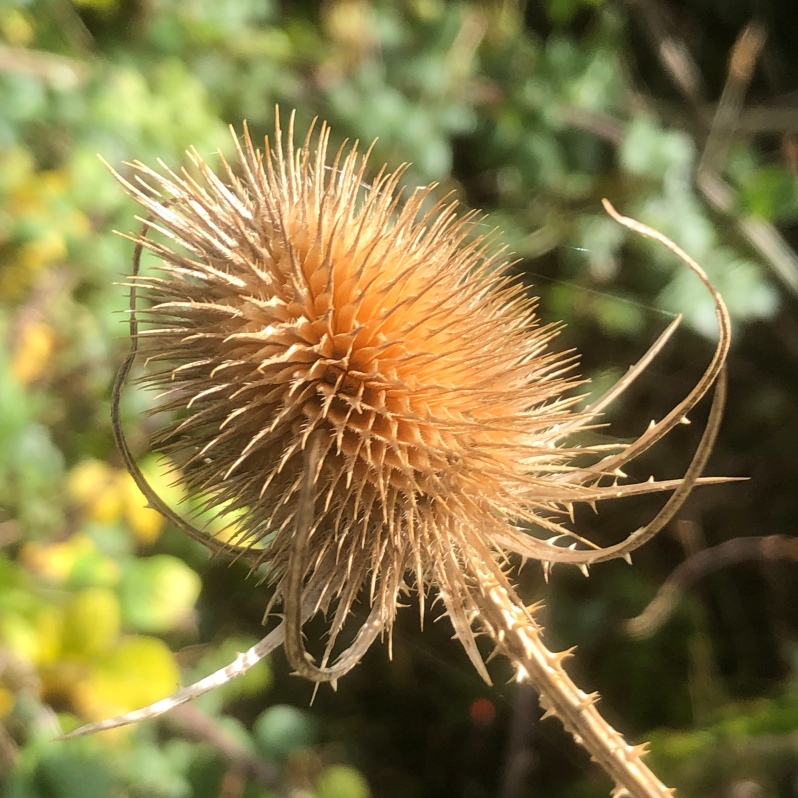 We headed onwards towards the town and tried to complete a multi cache which was a church micro – although the roof being fixed by workmen put an end to this but we did manage a village sign cache.

On the way home we spotted a fantastic rainbow.

In total we found all the caches we looked for. 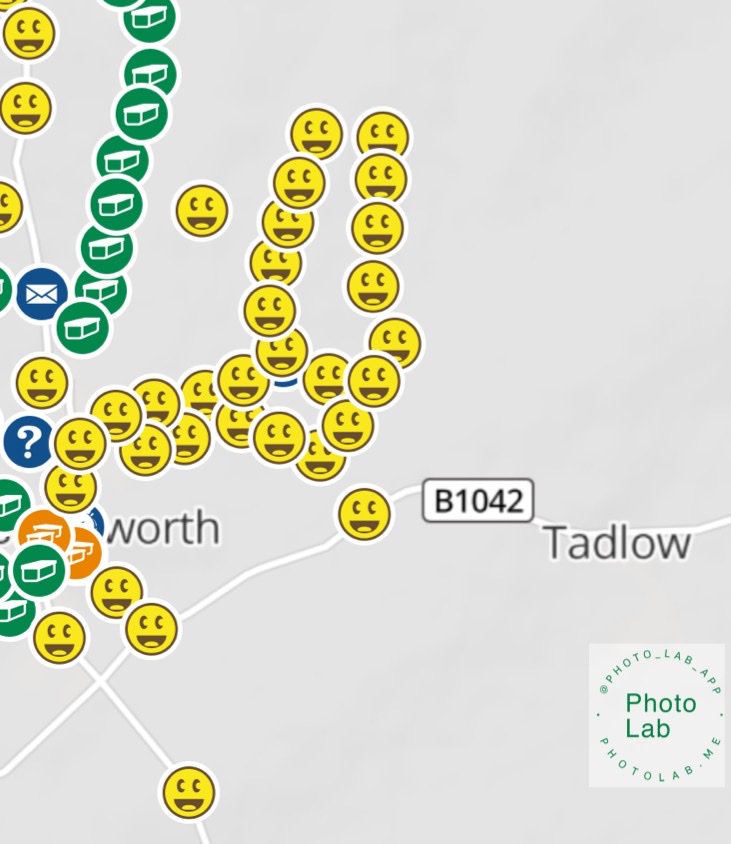