It’s not often that all the caches in a circuit ‘float your boat’ but today’s did: It’s always great when a CO goes the extra mile to make the caching experience an interesting one.

Despite being a very cold and breezy day, we headed out to Waterford in Hertfordshire to have a look at a circuit that had recently ‘popped up’.

The first cache was hidden in plain sight and was quickly logged and replaced.

We then headed out of the circuit to grab a church micro, which told the interesting history of Goldings – a nearby, long since disappeared, school. There was a bench, stepping stones and a plaque telling the history of the building and its occupants (more information can be found at the website http://www.goldings.org). 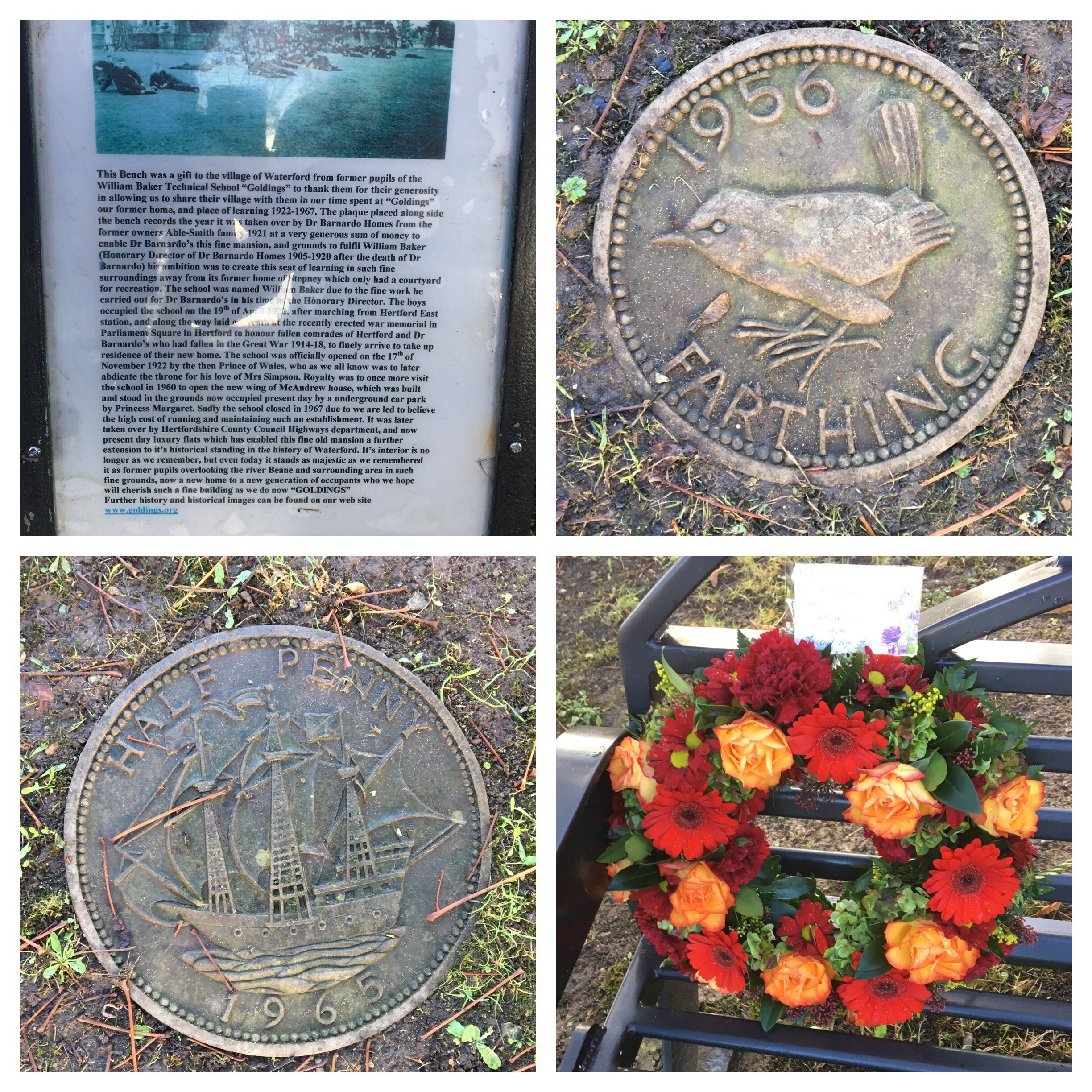 We then followed the the footpath signs to the first cache – which was quite cool and I issued a favourite point to it.

Signs of autumn and the recent damp weather were evident:

The next few caches were also pretty cool, including one we had to ‘fish’ for – which took a fair while and to which I also rewarded another favourite point.

We completed a couple more…

Before meeting this lovely creature who came over specifically to greet us.

We carried on a found a few more,

Including two which others had marked as DNF. Here ‘The Man’ carefully replaced the cache.

We found two more, then rewarded ourselves with a swig of port from a snakily concealed hip flask.

We then headed to our last cache which I think was the best of the day. 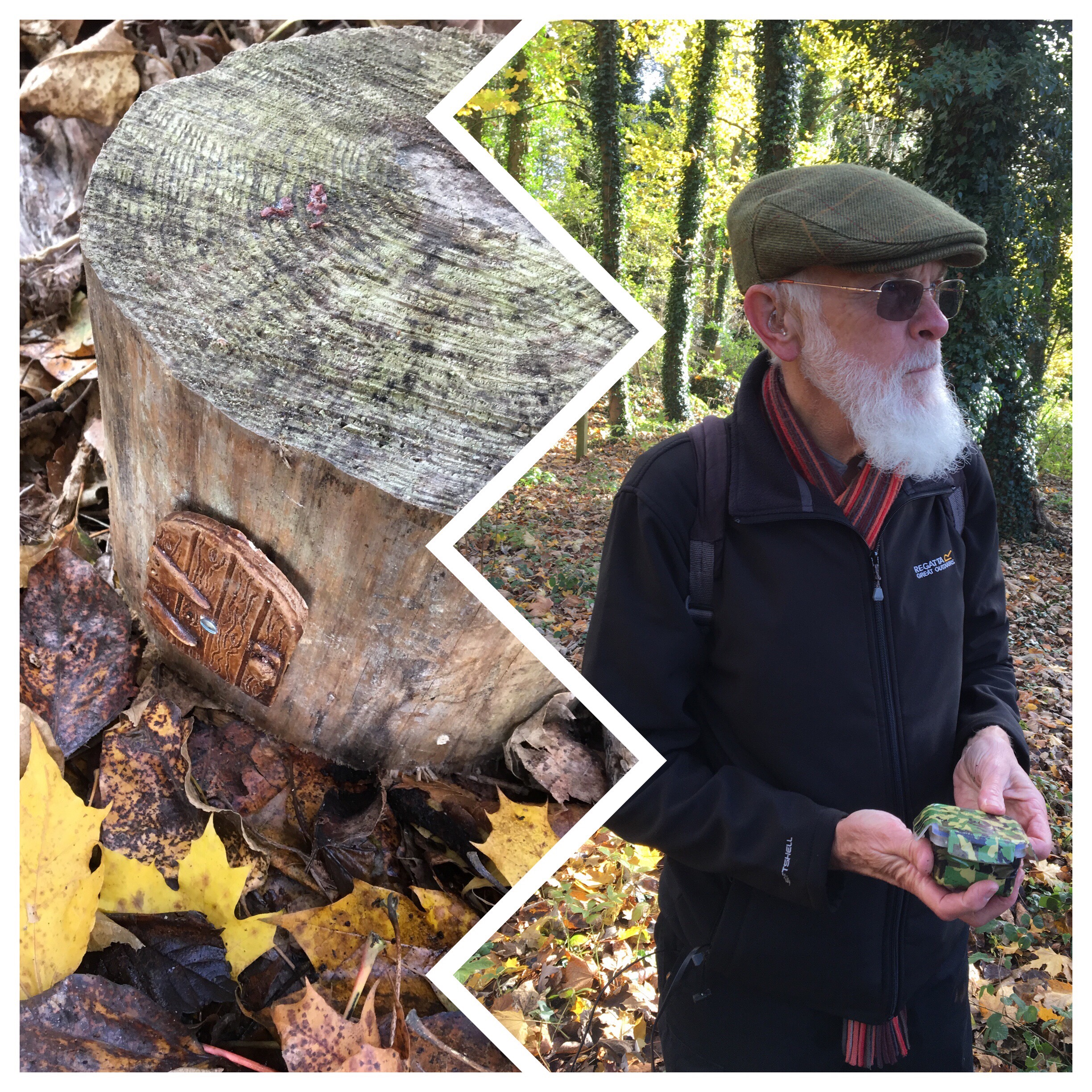 In summary, this was a great little circuit and one well worth competing.