Initially we had planned to go and look around the town of Market Harborough today as the weather forecast had been dire, but upon waking it didn’t seem all that bad, so we took a chance and headed out to the town of Kibworth after spotting a circuit there.

We parked in a car park (which was free – a definite bonus for geocachers) and had a quick look for the first cache in the circuit but it didn’t appear to be there. There were also quite a few people out and about for the day, so we headed off towards the second cache.

…we quickly went down an alleyway and found the next cache, sneakily hidden in a gate post.

After this we crossed a field with horses, and climbed over a fence to get onto the canal. It was amazing overcast and very, very breezy!

The next cache was also sneakily hidden in a wall but whilst searching for it, I also found a millipede.

We carried on along the canal and found several more caches, and even took a detour to complete a multi-cache: which we found after doing the maths.

There were several more caches along the canal,

Luckily we found them all so ‘The Man’ was very happy.

But then we decided to called it a day.

However whilst driving home we did a couple of ‘cache and dash’ caches just because we were passing them. All in all a good day’s caching. 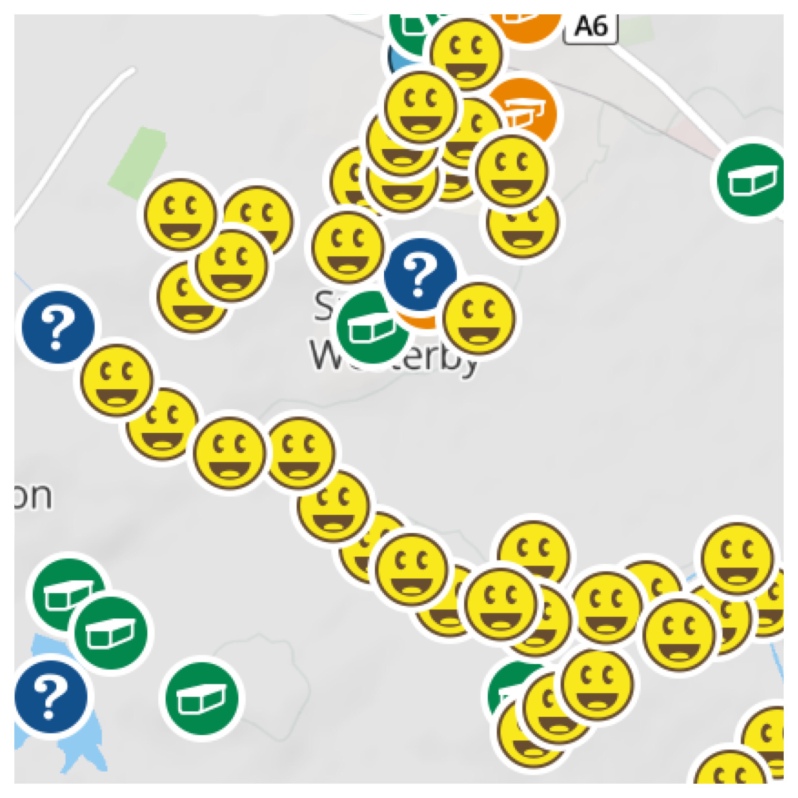