I’ll be honest ‘The Man’ did all of the work on this puzzle series (whilst I was actually at work) and today we ventured out to have a look.

We parked up near the beginning (as ‘The Man’ had sorted out a logical order) and, after a brief chat with a local dog walker, we were off down the farm track to the first cache which was found, signed and replaced quickly.

The weather was warm and sunny and so the insect population was out in force, like this beautiful hover-fly feasting on a wild rose. 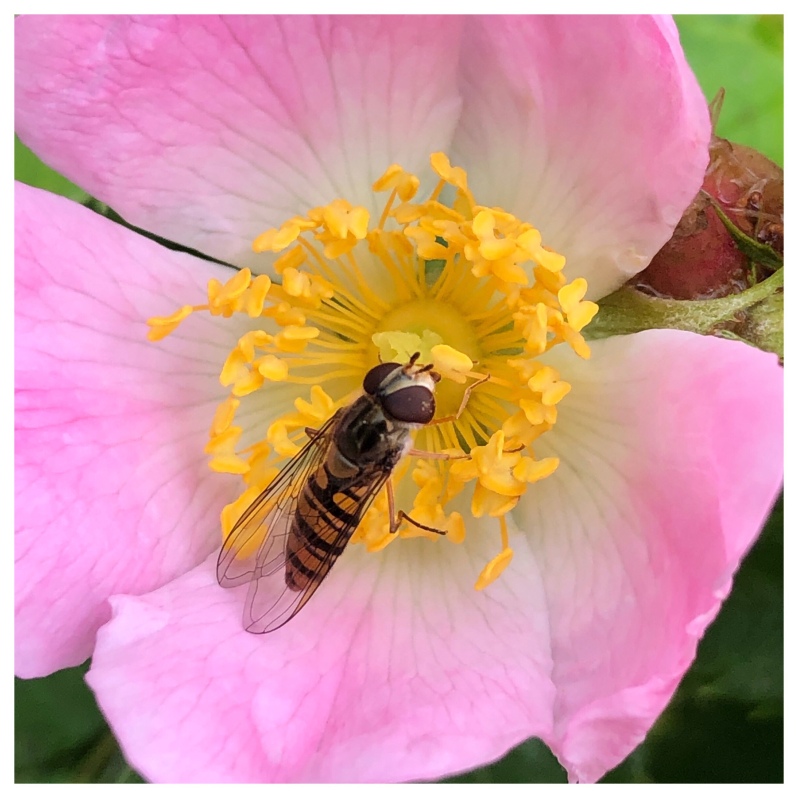 And this rather scary looking thing, which I believe may be a variety of ichneumon wasp. 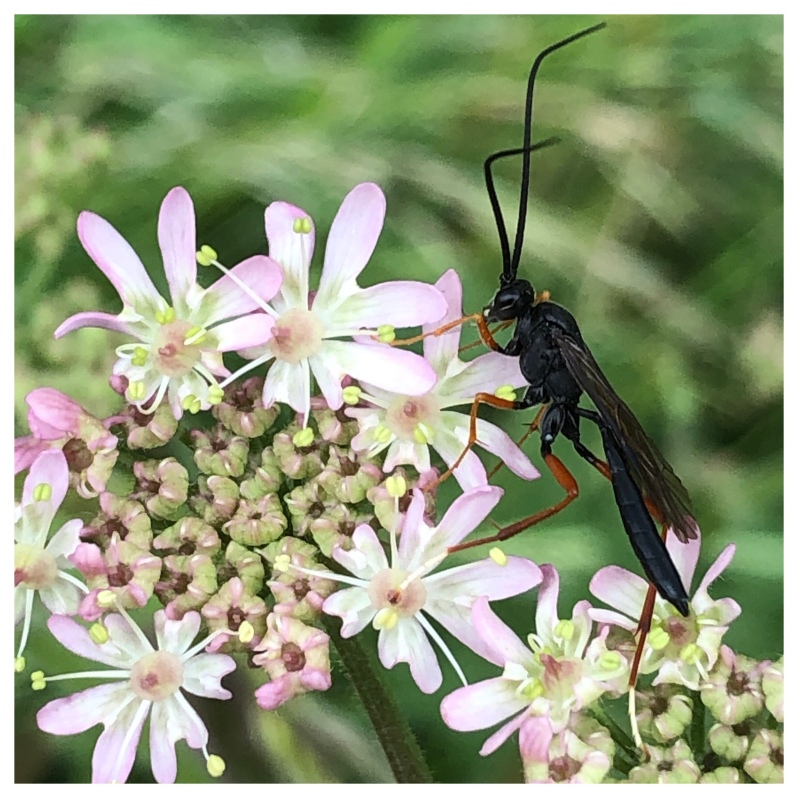 What I was really pleased to see was the variety of bees which were out and about feasting, collecting and pollinating; the fluffy bumble bees are the best though. 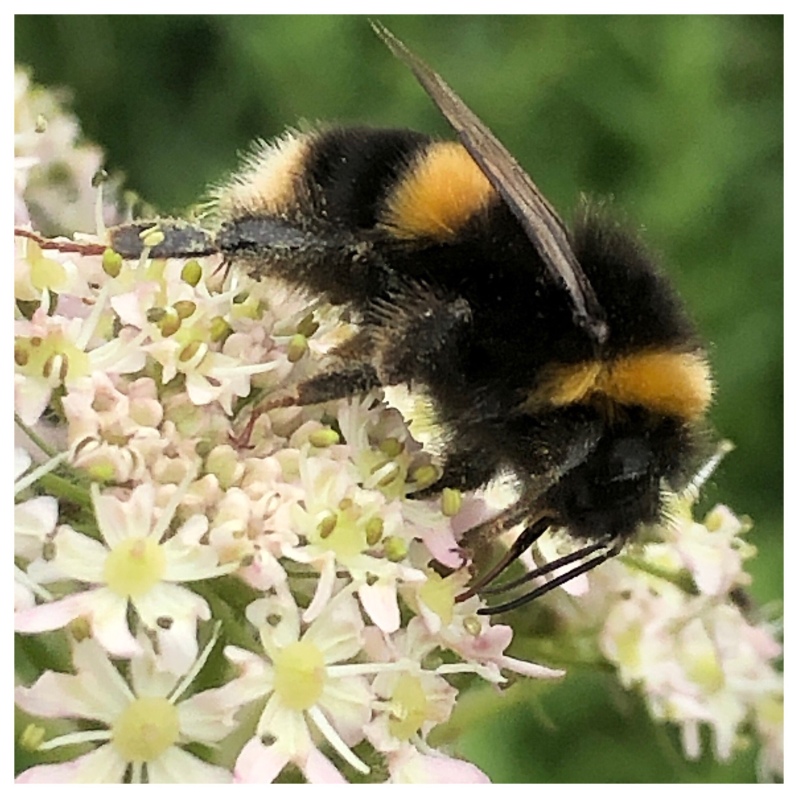 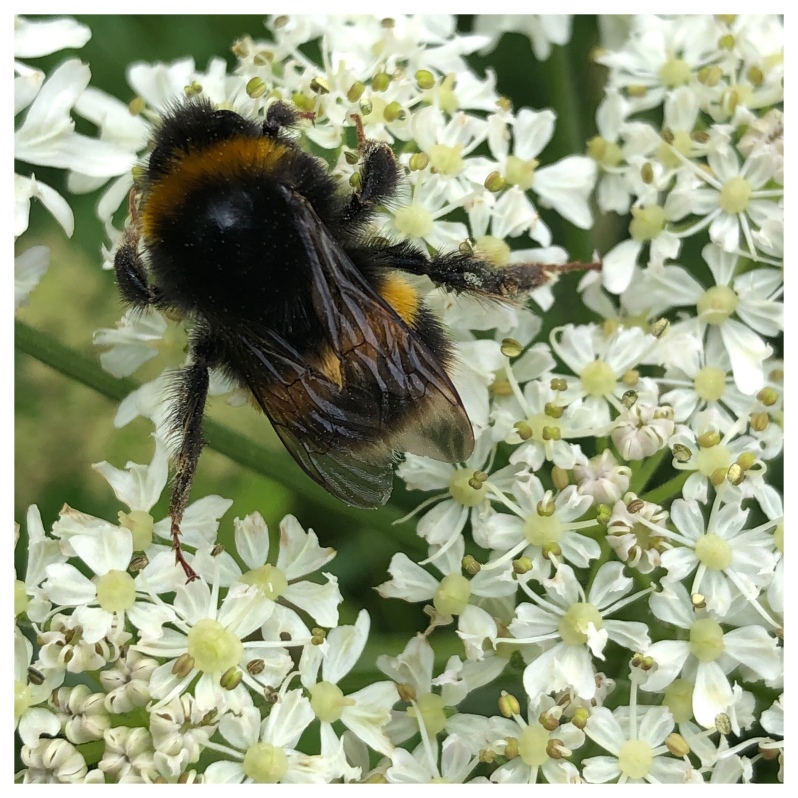 We continued down the track and though some trees..

…and it was here, on some thistles, that I spotted this huge bug (possibly a Variable Longhorn Beetle).

After a brief stop for a cup of tea (for ‘The Man’) and coffee (for me) and the obligatory geo-snacks, we continued on our journey.

On the way we saw this Painted Lady Butterfly, 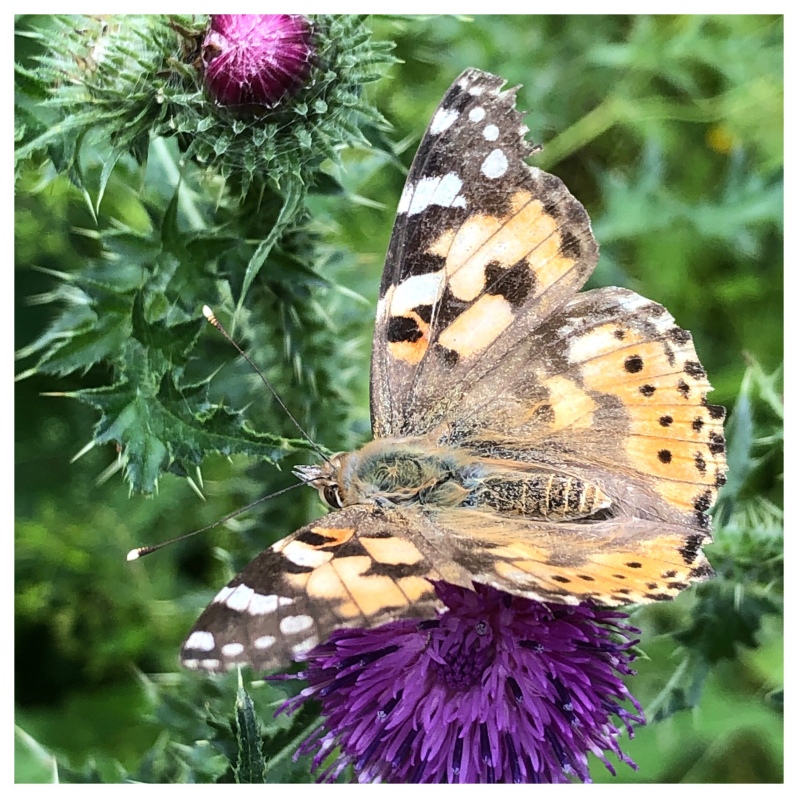 I also spotted these rather cool looking fungi.

We ended our days geocaching with another cup of tea and coffee and ‘The Man’ had a sneaky go on a slide.

We had two DNFs but this series is on our watchlist so we can see when they’ve been replaced.