Last night saw me up at 1am with the storm and lightening so I wasn’t feeling as energised as I could have been when starting this series. I had solved a puzzle cache whilst in bed and so, after parking close by the first one of the series, we headed down a footpath to grab this one first. 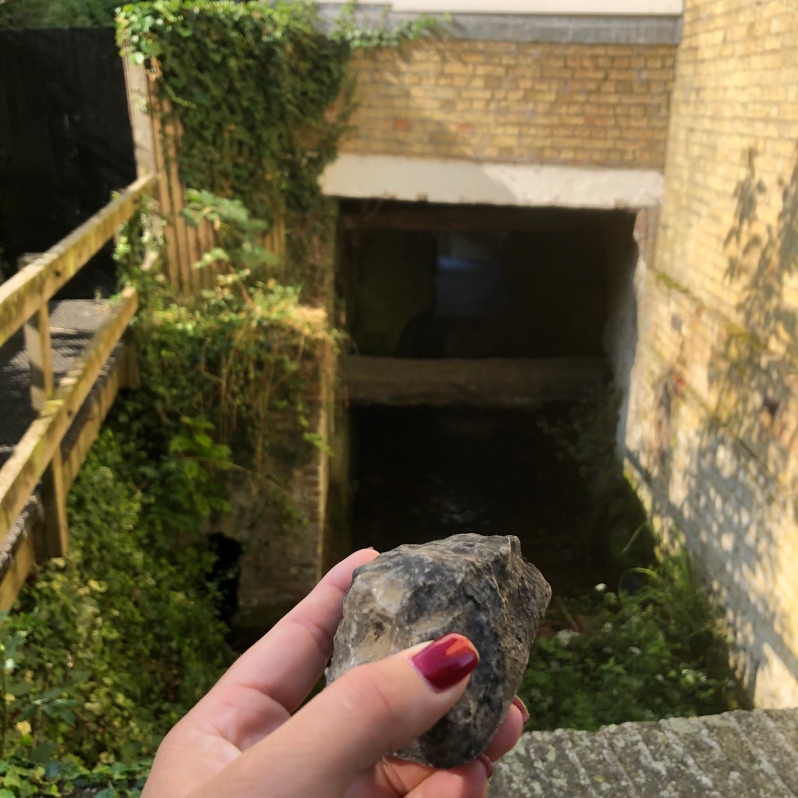 Next we headed to a nearby church to grab a church micro, which was soon in hand, then we headed off on our circuit proper.

The series was mostly along footpaths and farmland, with some roads, but all the caches were found.

Today was incredibly hot and although I started out with a bottle of ice-cold water, this was soon drunk and I felt close to tears that I’d not bought more. 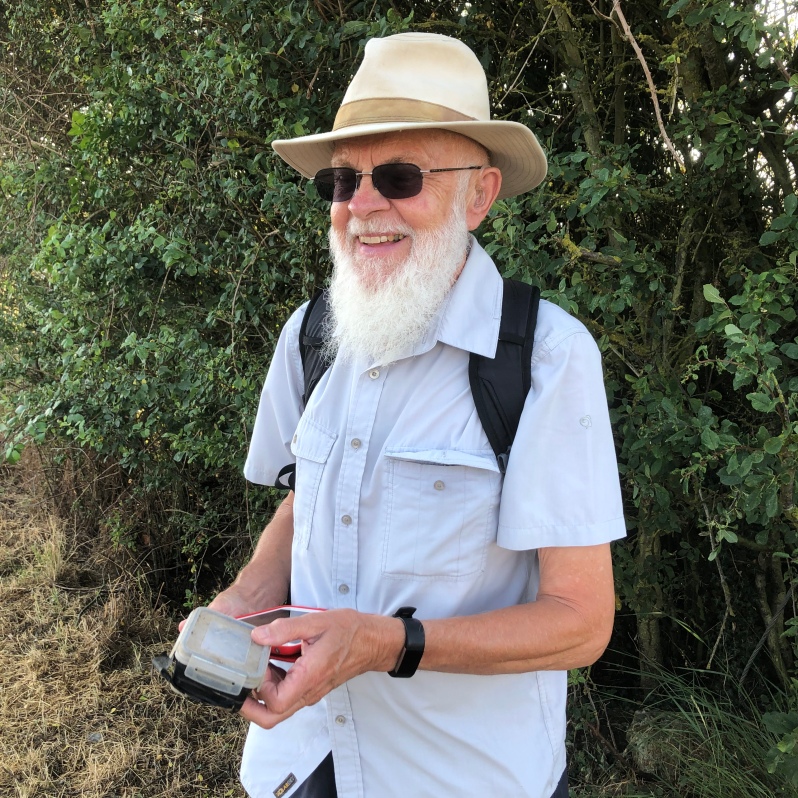 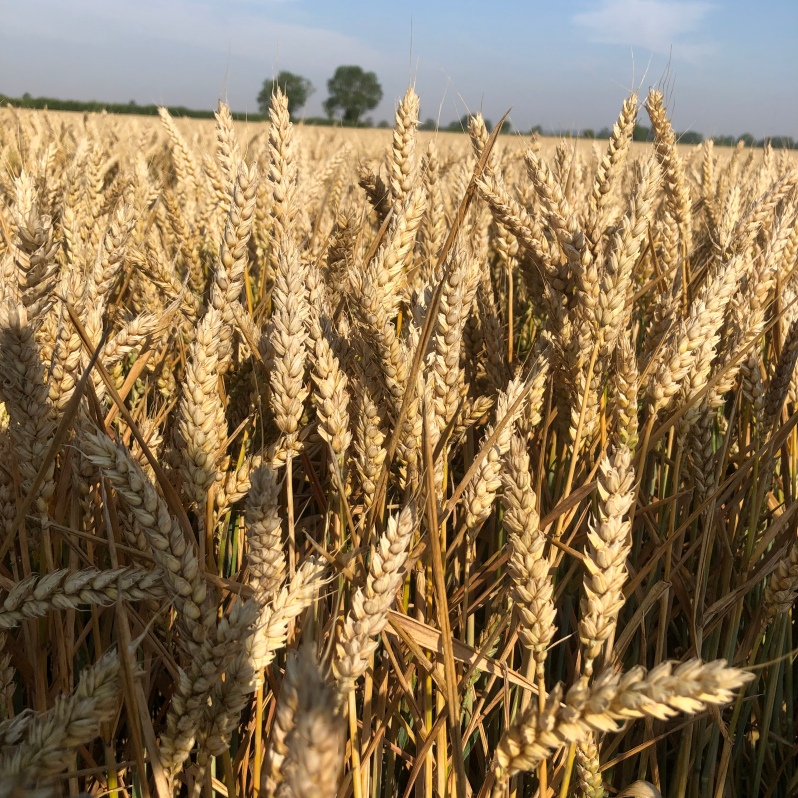 We eventually walked to the village of Whaddon which had the coolest village sign ever – it had a dinosaur on it!

It was here that we had a stroke of luck. The Man went off to grab one of the caches and when he returned we talked about walking to the next puzzle cache to get the information we needed. The Man glanced at the clue which was ‘magnetic under seat’. I joked that we should check the seat we were on before moving on and lo and behold- we found it.

We saw so much wildlife today including a hare, a deer, multiple butterflies and this beautiful cow. 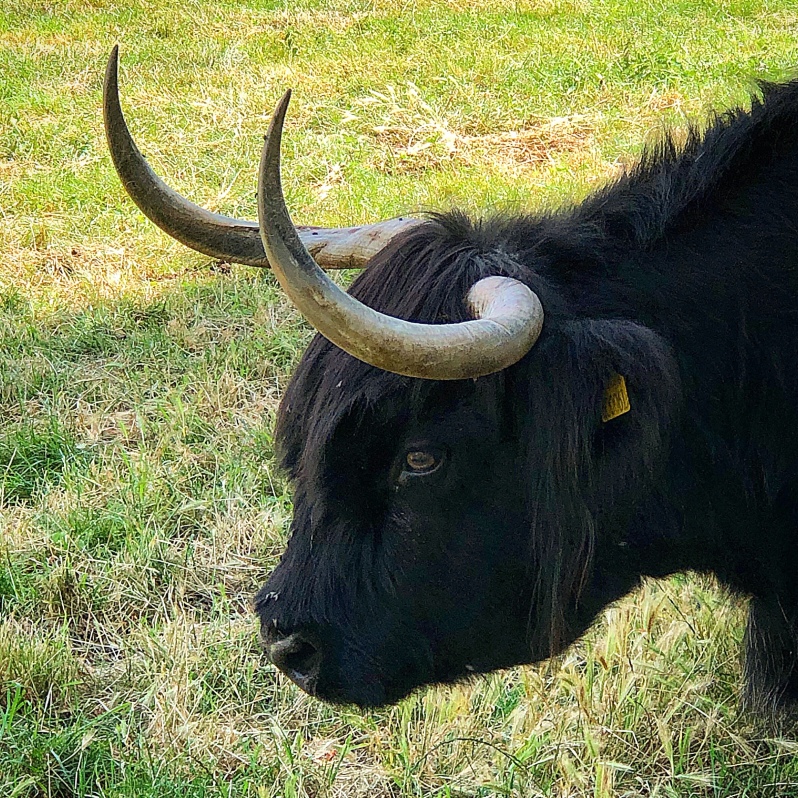 We were also lucky that we also found enough caches, of the right sort, to complete the next stage of The Murder of the Museum souvenir.

plus we have 21 of the 35 cache we need to compete the mission!